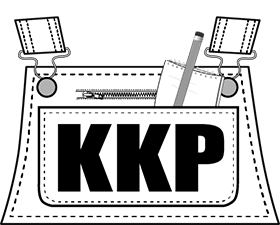 Nashville music industry insiders and country music radio air personalities, have called Kerry Kurt Phillips “One of America’s favorite songwriters”. A nominee to the Nashville Songwriters Hall of Fame, Kerry Kurt’s Grammy winning songs have been featured in Motion Pictures, TV series, Super Bowl commercials, in the opening ceremony of the Olympic Games, and on Hallmark greeting cards.  Pepsi, Ford, General Motors, Applebee’s, the NFL and the PGA have all used KK’s songs to market their products.

Kerry Kurt has achieved six #1 singles and has been awarded over 75 gold and 36 platinum albums, accounting for certified sales of over 45 million records. Some of his biggest songs include the George Jones’ Smash, “I Don’t Need Your Rockin’ Chair” and several Joe Diffie hits such as, “Is It Cold In Here,” “Prop Me Up Beside the Jukebox,” “In My Own Backyard” and “Pickup Man”, (which spent a record 5 weeks at #1). The Tim McGraw hits, “Down On the Farm”, “Maybe We Should Just Sleep On It” and “Do You Want Fries With That” are all products of Kerry Kurt’s pen.

Other memorable songs in Kerry Kurt’s catalogue include “That’s Just Jessie” sung by Kevin Denney, Tammy Cochran’s “Life Happened,” the 1998 TNN/Music City News Song Of The Year for Billy Ray Cyrus “It’s All The Same To Me,” and the Tracy Byrd smash “Drinkin’ Bone”. Craig Morgan’s “Almost Home” was the 2003 Music Row Magazine Song Of The Year and Tom T. Hall cited this Kerry Kurt composition as one of 4 songs he wished he had written.

The state of Indiana has recognized Kerry Kurt as a “Sagamore of The Wabash”, the State of Kentucky has honored him as a “Kentucky Admiral”, and he is celebrated as a Distinguished Alumni of Vincennes Lincoln High School in Vincennes, IN.